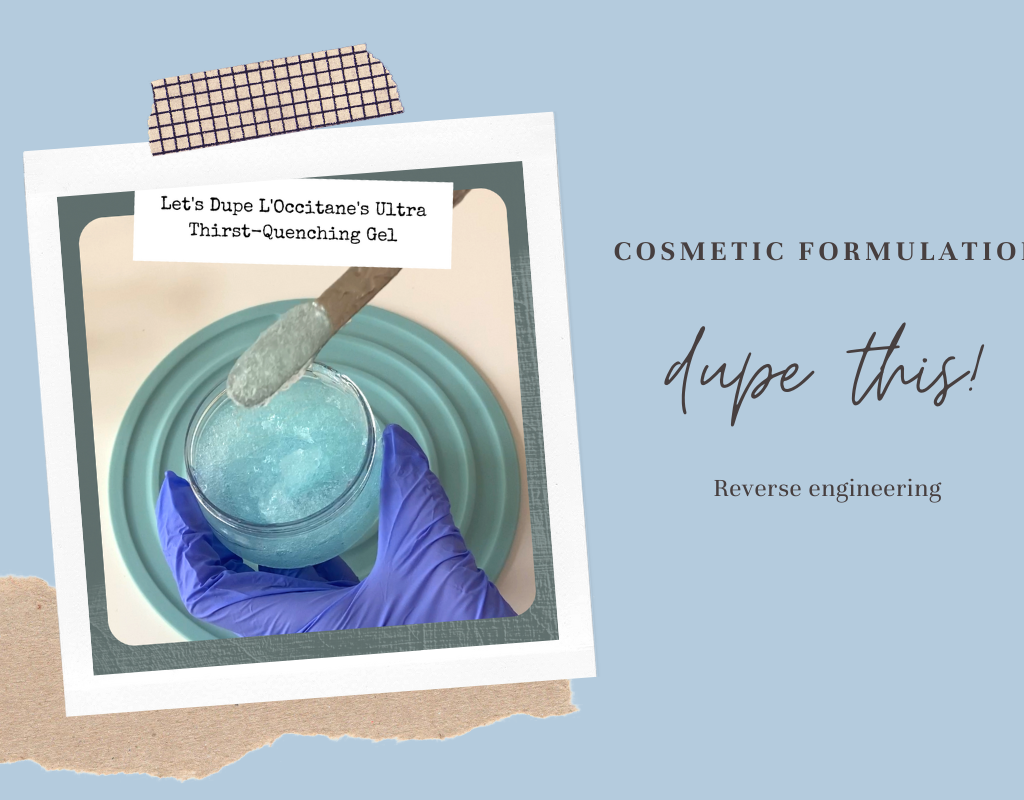 To understand the process of how to reverse engineer a cosmetic product, check out the two YouTube videos below which we created with Christine Hwang, Annalisa Branca @skinperspective and Alex Tolstoy for The Ecowell:

Before we delve into the nitty gritty of how we reverse engineered the formula, below is a brief analysis of the formula, with the ingredients put into categories. 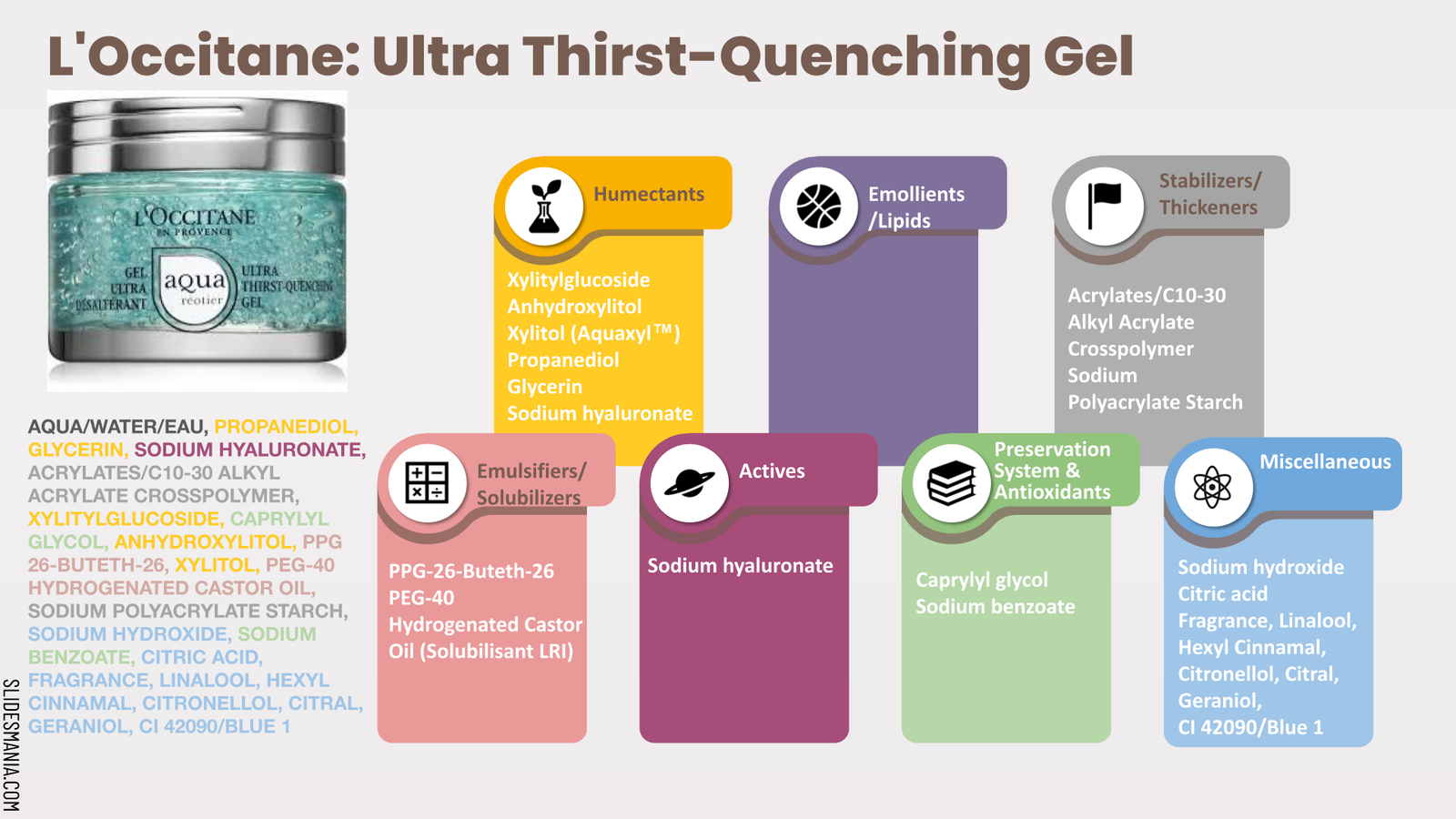 This formula is a viscous aqueous based “gel” with large bubbles.

Propanediol, a humectant, is the highest concentration (over 10%) after the solvent, water.  This humectant is surprisingly non-sticky and also acts as a preservative booster.  Glycerin, also a humectant, comes next.

The ingredients listed below glycerin are below 1%!  More on this in the YouTube videos linked to above.

The next ingredient, acrylates/C10-30 Alkyl Acrylate Crosspolymer, a gelling agent, is a tricky one as there are many polymers with this INCI name.  As electrolytes are present, L’Occitane must have chosen a polymer which is relatively electrolyte tolerant. We chose Carbopol® Ultrez 20 rather than Ultrez 21 or Pemulen™ or one from another supplier.  The sodium hydroxide in the formula neutralizes this polymer so the molecules can uncoil and thicken.

If the raw material is sold as a mixture, each individual ingredient making up that mixture is listed separately in order of concentration.  L’Occitane include Seppic’s patented Aquaxyl™ which is made up of: xylitylglucoside,  anhydroxylitol and xylitol.  These three chemicals are split up in the ingredient list accordingly.

Next comes caprylyl glycol, part of the preservative system along with sodium benzoate.  These preservatives can be substituted.

Sodium polyacrylate starch comes next.  This is sold as Makimousse from Daito Kasei and gives a mousse type texture.

The remaining ingredients consist of the fragrance, pH adjuster and fragrance allergens.  The final ingredient listed is, the blue dye, FD&C Blue No. 1.

Now watch us make it.  The video (link below) will be accessible from Monday 4 April – evening in UK/Europe, lunchtime in the USA.

This site uses Akismet to reduce spam. Learn how your comment data is processed.