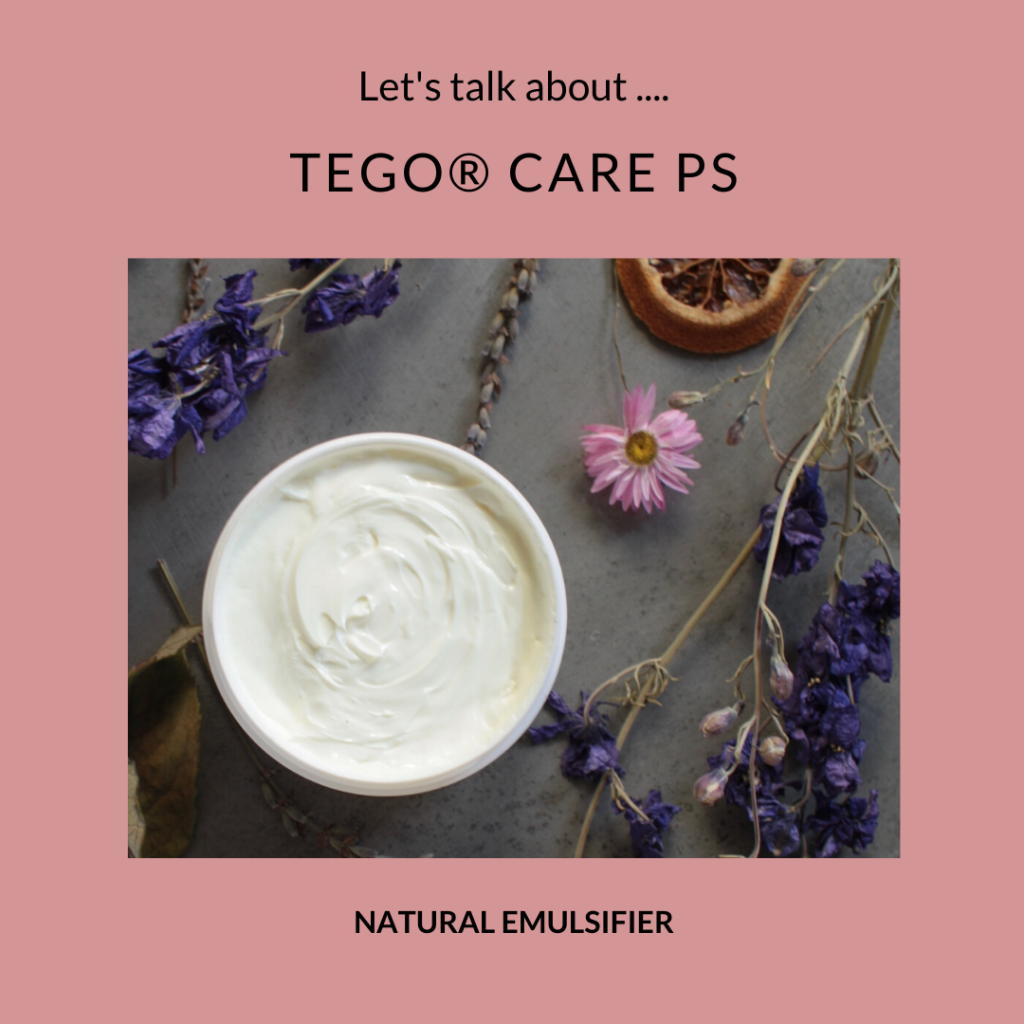 TEGO® Care PS from Evonik (INCI: Methyl Glucose Sesquistearate) is a popular DIY natural emulsifier in Europe, especially amongst German DIY formulators, where it is known by the name of “Emulsan”.

It is one of my favourite natural hot process emulsifiers and produces light, flow-able, easy to spread, non-soapy emulsions.  Most formulators find this emulsifier an improvement over old fashioned, expensive emulsifiers such as Olivem® 1000 at less than half the price.

As always, as it’s a single emulsifier it needs pairing with another emulsifier.  TEGO® Care PS is PEG-free, non-ionic and has a HLB of around 12 so produces oil-in-water emulsions.  It is quite a thin emulsifier and needs a fair bit of thickener/stabiliser, especially to handle low pH formulations. If your product will be on the thin side, Evonik recommend heating both phases separately, a bit higher than normal, to 80°C to improve stability.

Most DIY suppliers in France, Germany and Italy sell this emulsifier.  For a list of worldwide DIY ingredient suppliers, click here: https://makingskincare.com/cosmetic-ingredient-suppliers/.

This site uses Akismet to reduce spam. Learn how your comment data is processed.